The Obama administration on Friday escalated efforts to isolate Iran economically, blacklisting Iranian companies in the petrochemical industry for the first time and punishing five businesses in four other countries for conspiring to evade American sanctions aimed at restricting Iranian oil sales and air transportation. 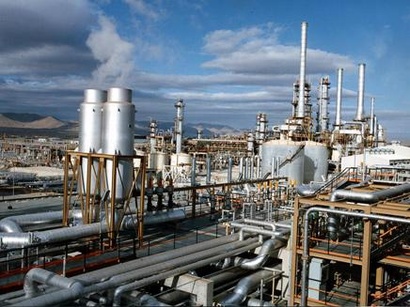 The new steps came a day after the administration issued sanctions against a top aide of Iran’s supreme leader, Ayatollah Ali Khamenei, and more than 50 other Iranian officials for what it called their efforts to repress dissent and free speech in Iran, where presidential elections are scheduled in two weeks.

“We are committed to intensifying the pressure against Iran, not only by adopting new sanctions, but also by actively enforcing our sanctions and preventing sanctions evasion,” David S. Cohen, the Treasury Department under secretary whose office oversees the sanctions effort, said in a statement. “Today’s actions take aim at revenues from Iran’s petrochemical sector, as well as deceptive schemes Iran has employed in an effort to evade sanctions on its oil sales and its airlines.”

The United States has never before targeted Iran’s petrochemicals industry, which Treasury officials said had become an important source of revenue to the Iranian government as sales of oil — its most important export — have fallen sharply in the past few years because of the effects of other sanctions, including a European Union embargo.

"The administration is taking action today to target this revenue stream by both designating companies involved in transactions with the sector and identifying several petrochemical companies as subject to sanctions because they are controlled by the Iranian government,” the Treasury statement said.

American and European Union sanctions on Iran are aimed largely at pressing the country to halt its uranium enrichment activities, which the Iranians say are peaceful but which Western governments suspect are a cover for achieving the ability to make nuclear weapons.

Negotiations over the uranium enrichment have stalled with little expectation of progress anytime soon, particularly with Iran’s approaching elections. A leading presidential candidate, Saeed Jalili, the country’s unyielding nuclear negotiator and a protégé of Ayatollah Khamenei, has vowed that Iran will never bend to Western economic pressure on the nuclear issue.

The non-Iranian companies targeted by the American sanctions include Ferland Company, which is based in Cyprus and Ukraine and is accused of helping Iran disguise an oil shipment to evade sanctions; and Kyrgyz Trans Avia of Kyrgyzstan, Ukrainian-Mediterranean Airlines and Bukovyna Airlines of Ukraine, and Sirjanco Trading L.L.C. of the United Arab Emirates, all accused of helping Iran procure aircraft used to move illicit cargo to the Syrian government in its war against a two-year-old insurgency. Iran is Syria’s major regional ally in that conflict.

Despite rising inflation and a weakening currency caused in part by the sanctions, the Iranian government has said it is weathering the economic deprivations. On Friday, the deputy economic minister, Behrouz Alishiri, was quoted by the semiofficial Fars News Agency as saying said Iran enjoyed “remarkable growth” in foreign investment this past year.